Deprecated: Hook elementor/widgets/widgets_registered is deprecated since version 3.5.0! Use elementor/widgets/register instead. in /usr/www/users/celebvfwby/wp-includes/functions.php on line 5758 Women of the Future Awards finalist - Celebrate Life SA

Women of the Future Awards finalist

In 2018 I felt incredibly privileged to win an award titled “Serving Community in South Africa” at the SA Chamber of Commerce UK Annual Business & Community Awards, and even more so to attend the dinner at the House of Lords afterward! But the nomination as one of the Women of the Future from Santam Insurance – specifically in the Social Entrepreneur category – means just that much more as it is recognition from the country I love.

Celebrate Life started as a means to raise money for Hospice in 2005, when I took a team of 11 women up Kilimanjaro and we succeeded in our goal of raising R1 million. This success in helping palliative care in KwaZulu-Natal burgeoned into more than a decade of tireless, dedicated NPO work. It may not have been planned from the outset, but I have been told that I march to the beat of my own drum, and raising money for Hospice then turned into raising money to combat Rhino poaching, in conjunction with Thula Thula Rhino Sanctuary, the Natal Sharks rugby team (with immense input from Ian McIntosh), the East Coast Radio helicopter project, and the Tusk Trust in England (of which Prince William is the Royal Patron). I put together a new team of women and we ran the Lewa Marathon in Kenya to advance Project Rhino.

It was pondering the plight of the rhinos and the reality of poachers bribing rural communities that led to the birth of the Ubuntu Microbakery Project, along with the following words from David Bozaz of the Lawrence Anthony Foundation: “Conservation begins with humanity.” Having seen the wood-fired ovens in practice, I knew instantly what to do: Empower women in rural communities by giving them a chance to become bakers, a chance to run their own bakeries, a chance to earn an income, become accountable, and stand up in a country beset with gender inequality. We have placed more than 200 ovens since then.

The journey has not been an easy one and I have been humbled by the women of this country who have taken the opportunity we offer to rise up and stand tall. It has taken immense effort, tenacity, and fearlessness to get to where we are, often travelling to the most remote parts of our country to help the poorest communities. It is one thing to travel through SA with a blue-light brigade or fancy car, but quite another to do it in a bakkie packed with ingredients, where people have been failed in the delivery of even the most basic services. But Ubuntu is about dealing with the hardships together; dealing with COVID, with the KZN looting which decimated many local businesses and wrought havoc on our bakeries, with the terrible floods which claimed so many innocent lives… And yet despite all of this – we are still going strong. I can say with the utmost confidence that every woman we have empowered feels part of a large community, a proud community, a truly Rainbow Nation as the great Madiba would have loved.

As anyone who has tried will know, raising funds requires dedication, commitment and perseverance. In 2017 I put together an all-women team to tackle Mount Meru, a physically-exhausting climb that left most of us shattered but proud to have raised more money for ovens. Our latest fundraising initiative saw another team of extraordinary women take on 175kms of paddling around Mauritius in stormy, chaotic weather, sleeping on the beaches and dealing with ten days of constant rain. We always put on a brave face, but each initiative takes years of planning, where every woman is required to raise a set amount of money and pay her own way, and my family will tell you that when they’re over, it takes me weeks to fully recover. Nevertheless, in just a few days of being home I find myself daydreaming about all the other ways I can help raise money to support the women of this country.

I have never wanted awards or accolades for something I am passionate about; my days spent training bakers and opening bakeries – the joy writ on the faces of the women I work with – that will always be the real reward. But after 17 years of work, to be recognised in this way has truly humbled me. Regardless of the outcome, I want to thank Santam Insurance and Fairlady Magazine for this privilege, and I want to extend my gratitude to all the nominees: thank you for working to better this country, thank you for uplifting women, and thank you for proving to the world how women can really kick some ass! – Cherry Armstrong, CEO & Founder 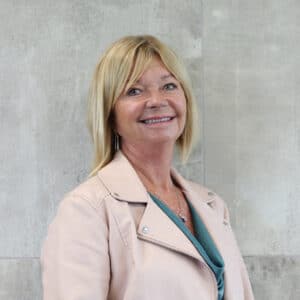 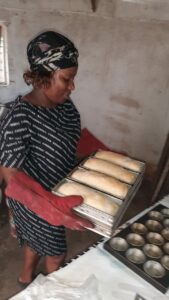 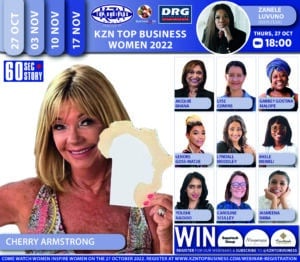 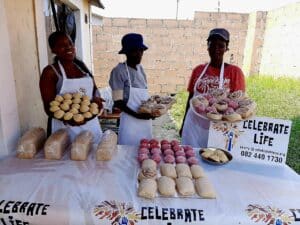 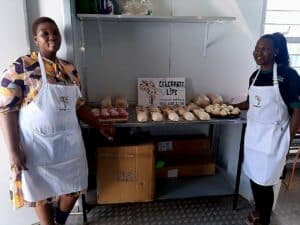 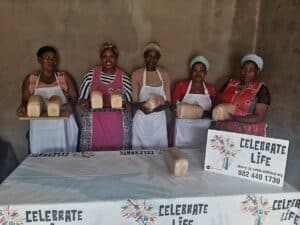